October 2019: environmental protests are erupting all across London. Extinction Rebellion protesters have blocked roads, glued themselves to aeroplanes and banks, and taken over Trafalgar Square. But this isn’t a story about XR.

Scattered by movement through and around the protests, five objects go unseen on the city streets, and each has a story to tell. These unexpected narrators share very different perspectives, looking from the ground up.

Looking from the angle of disposable things; gum, glue, chalk; ‘Ground Up’ shows how ‘throwaway’ objects are often grounded in timescales far beyond humankind. ‘Ground Up’ opens up large questions of permanence and purpose, by sharing the stories of small and everyday things.

Ground Up by Fiona Glen

Fiona Glen is an emerging writer and artist from Edinburgh, based in London. Her writing has been published in various periodicals and anthologies, and she has read at the London Science Museum and galleries across London. Her audio and multi-media projects have recently been commissioned by BBC x ICA New Creatives and Robert Young Antiques.

Ground Up was originally commissioned by BBC New Creatives programme in partnership with the ICA. Many thanks to both organisations, and Arts Council England for funding the production. Frozen. A dark tale of two very opposing worlds colliding. The effect two total strangers can have on each other when events spiral out... Two students, Arnold Nugent Strode Strode-Jackson and Philip John Noel-Baker, became lifelong friends when they were unexpectedly chosen to represent Britain at the 1912... 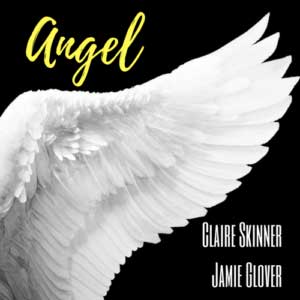 Claire Skinner (Outnumbered) has finally achieved her dream of having a baby, in her forties. Neglecting her husband (Jamie Glover - Waterloo Road) and...