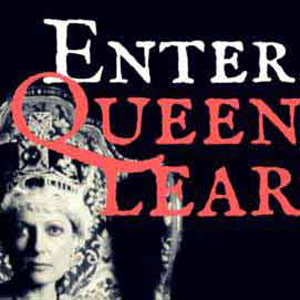 Enter Queen Lear is an audio drama based on the theatrical production of the same play. An ageing, glamorous film star falls in love with a younger man. Now, past her cast-by- date, she agrees to play Lear as a woman simply so she can act once again.

Throughout rehearsals, she is confronted by the men in her life – two ex-husbands, two sons and her younger lover. Her only real constant is her relationship with her long time female dresser.

Nicolaus Mackie as Steve and Scott McGarrick as Bobby.

The stage production of this play ran for 3 weeks at the Drayton Arms Theatre, London, 2016.