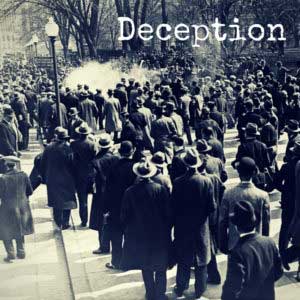 1936. The rising danger of fascism is setting Europe ablaze. In England the policy is to keep the peace at all costs. But not everyone believes this is either wise or safe.

One such man, Clair, returns home to the midlands with a dark and terrible secret; a secret he cannot keep quiet for long; a secret that becomes a growing danger to himself, his family, and the country he loves.

A coming of age drama full of intrigue, power, passion, and deception.